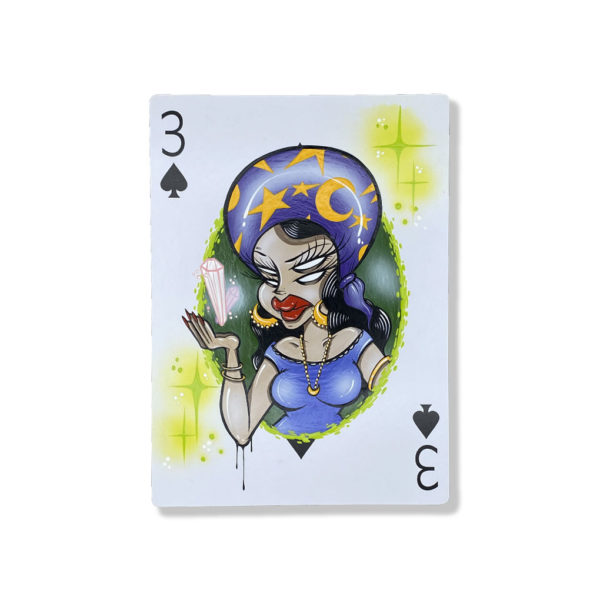 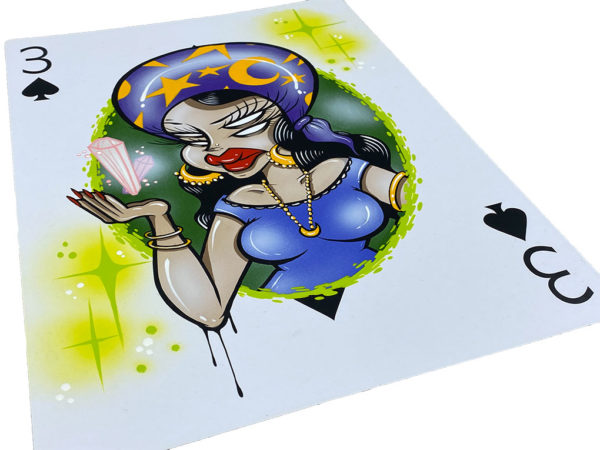 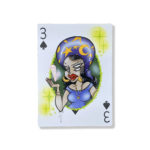 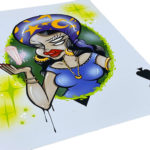 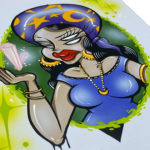 Bio: Poise has a penchant for creating high-impact artworks infused with her signature style, influenced by her graffiti background spanning decades. With a variety of themes and ideas, her style remains inimitable.

Whether exploring the strength of character evidenced in some of her female figures or being free and jubilant with cartoon creatures, Poise’s artwork always makes a statement. Sometimes this statement is anti-establishment with a ferocity of design. Other times it may be a recognition of beauty or simplicity expressed with a whimsical flourish. Some artworks represent the turmoil of an artist engaging within an art form that is often questioned as legitimate.

Her multi-disciplinary expertise allows Poise to adeptly create intricate fine artworks on jewellery as well as large-scale murals on buildings. Poise has exhibited all around Australia as well as featuring in several international showcases, such as Art Basel in Miami. She has featured as an artist for events such as the Formula One Grand Prix, White Night and Can’t Do Tomorrow.