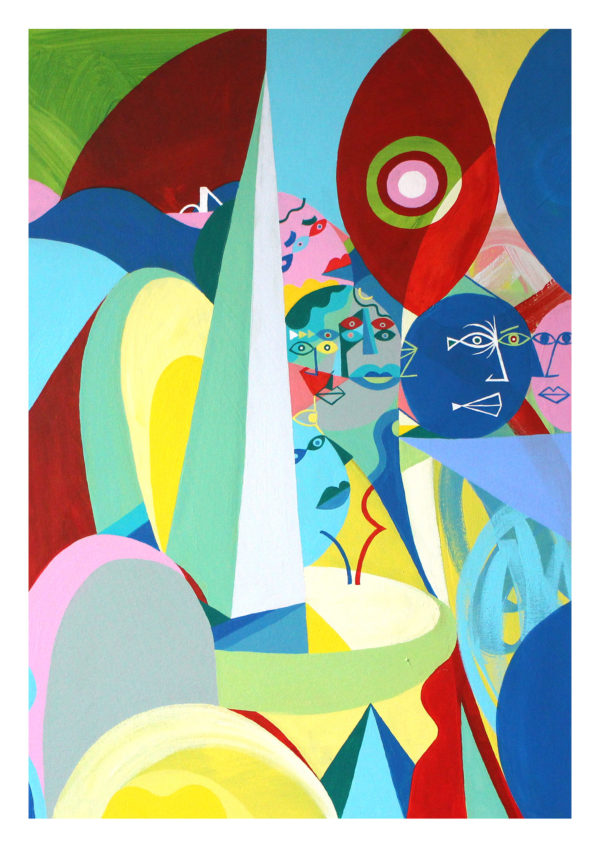 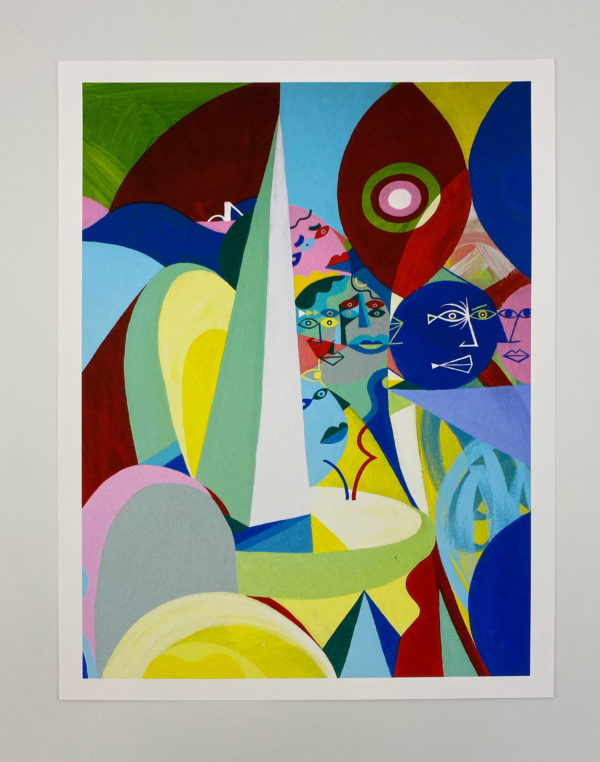 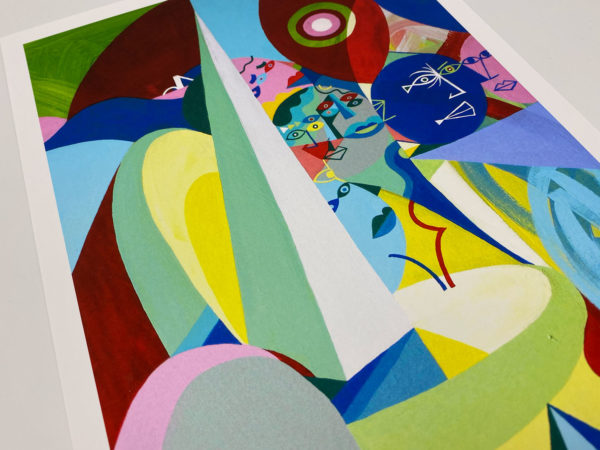 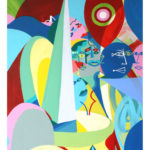 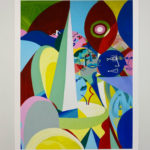 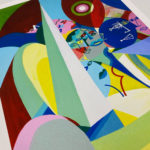 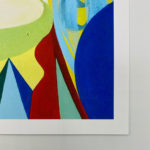 Artist Statement: “Part of a series showcasing Greece. This was the first ‘Island’ painting, based on the island of Paros in the series. It’s a sunny piece that brings ‘rays of joy’ in the time of Covid 19.

I have done a small series of prints from this series, and they contain a positive feeling. I thought releasing this would be another addition of positivity.”

Ed Bechervaise (Unwell Bunny), is an artist and creative based in Melbourne Australia.

Ed’s artistic career began in the early days of 90’s graffiti, in his home town of Adelaide, following a mix of both letter and character based aerosol art. After some early studio arts, graphic and conceptual study at Uni SA and then RMIT,  Ed began following Melbourne street art in 2003. He quickly began to produce new kinds of work that was largely figurative and character based.

In 2004-5 he began showing work in Melbourne galleries and was also active on the street, leaving paste up and graffiti works through the lanes and suburbs of Melbourne. Ed had his first solo exhibition at Per-square Metre Gallery in 2006.

After a number of other solo exhibitions in Melbourne, Ed traveled to Europe and lived in Amsterdam spending time with artists such as D*Face, and Parisian pop graffiti artist Tilt, gaining mentorship and a better understanding of the International urban art scene.

After returning to Australia in 2013 he was included in Metro gallery’s ‘International street art exhibition’ with the likes of ELK, Rone, D*Face, Blek le Rat, and Faile.

In 2015 Ed had his first international solo show at Galerie LaCroix in Paris, which saw his aesthetic turn from raw aerosol expressionism to a more graphic geometric, neo cubist style influenced largely by European painters.

In early 2016 he traveled to the USA and received mentorship from the likes of Rime and other influential American graffiti artists turned contemporary artists, spending time in New York, LA, San Fransisco and then Canada, furthering an interest in abstraction and emotive deconstruction of elements, which has continued to curve his practice.

In 2017 Ed had two successful solo shows in Melbourne one independently organised at Besser Space in Collingwood in January and the other with Backwoods gallery in October. Ed is currently represented artistically by Backwoods gallery Melbourne and Galerie LaCroix in Paris.

Ed describes his artistic philosophy and practice as ‘exploring the popular subconscious’. A deconstruction of lived moments and experiences that are mental snapshots are interpreted through his work.

All prints are sold unframed.
1.2cm Embossed ‘Just Another Print’ in the bottom corner (will slightly vary per print)