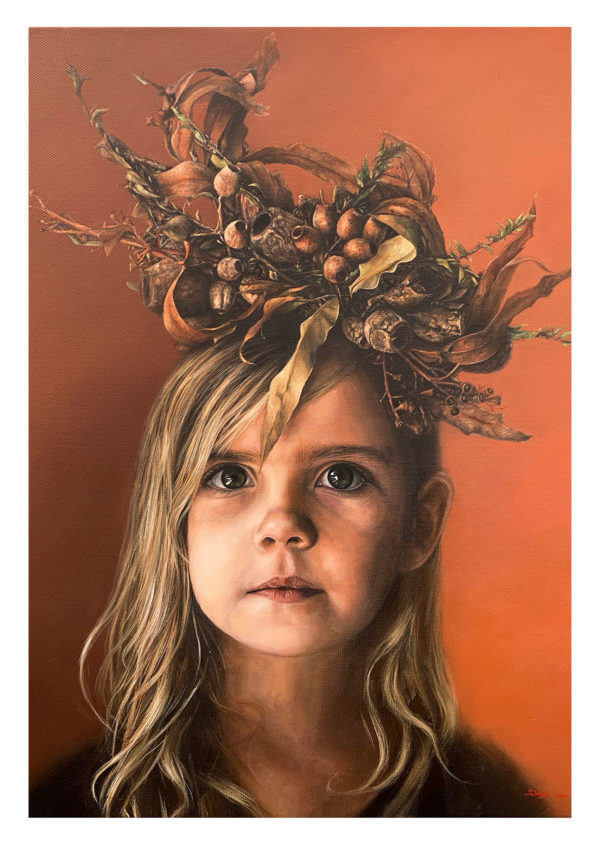 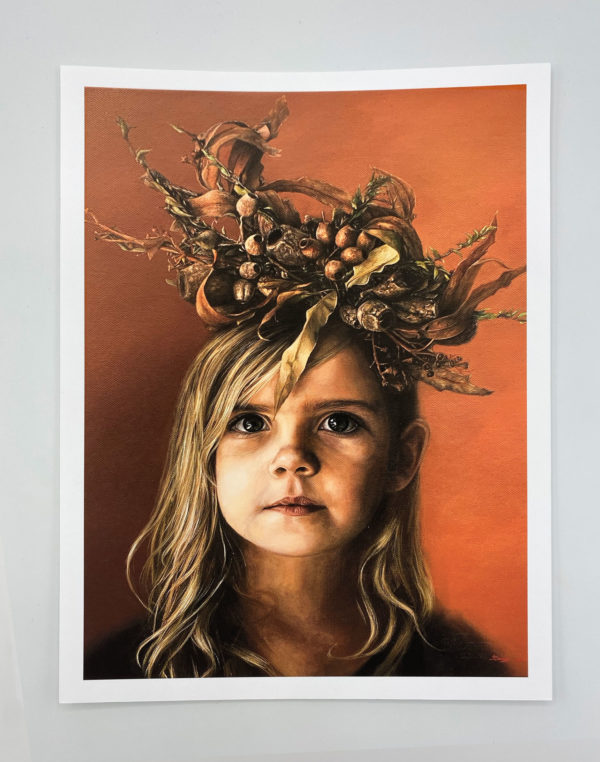 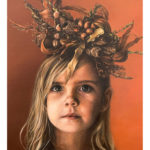 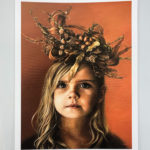 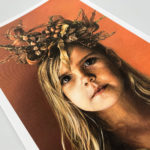 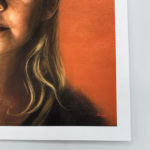 Artist Statement: “Original oil painting on canvas 50cm x 40cm. Environmentally (and socially) speaking what we are witnessing is a clear and loud mirror reflection of a fast-paced mass extinction as it happens. The 6th mass extinction and the only one caused by one of the species. These natural events generally happened by severe changes in the climate or rise or low in the levels of vital elements in the environment. But this one right here right now is seeing species and creatures being swept faster than never before, by the billions in a matter of months. Of course that the system we indulge in is politically incorrect but let’s not forget that the sustainability of this planet is a global commitment that starts with the consciousness of each individual. Our next generation of little ones is staring at us while we literally stand and watch the planet burn. I feel ashamed to hand over the planet the way it is to the current generation of children. A planet where you check hazardous levels of pollution in the air before you step out the door, a planet where they can’t go safely to school in terror of a shooting happening, a planet where we feed by food-like products, technology that is making us less social, ill and lethargic, and the list goes on. If we all think and act day by day with a purpose to leave this planet a bit better than we received it, I’m sure this will be a much better home for all of us.”

Artist Bio: Julian Clavijo is a nationally and internationally renowned Award Winning Artist currently based in Melbourne, Australia. In 2008, he graduated with a Bachelor of Advertising from the Universidad International de las Americas in Costa Rica. In 2011, he completed a Masters of Arts (Art in Public Space) at RMIT University in Melbourne.

A painter and sculptor since a very early age, Julian has demonstrated an enormous capacity to professionally establish his practice and style in Australia, South America, USA, Europe and the Middle East. After graduating in 2011, Julian started exploring the possibility of translating his photorealistic oil painting technique on to mural painting at any scale. By mixing spray painting skills, commonly use in the world of street art, and the traditional brush work techniques almost resembling classical fresco murals, Julian can achieve striking hyper-realistic results by painting murals at monumental scales in public spaces. This has earned him the respect and demand of the urban art community in Australia and around the globe.

In November  2018 Julian was awarded the ‘Best Global Artist Award’ in the Category of Street Art in Dubai, accolade given by the Global Art Agency, the Wall Street Journal and the UAE Government.

During this period Julian has been a participant, finalist and winner of multiple art awards and exhibitions in Australia and the globe including the prestigious Lester Prize (former Black swan Prize), Doug Moran Prize and Archibald Prize amongst others. His work has seen commercial representations by Metro Gallery, Beinart Gallery, Bromley & co. in Melbourne and the respected Jonathan Levine gallery in New York.

Currently his studio practice aims to portray the human essence through the empathetic nature of childhood’s joy, curiosity and innocence; as an invitation to connect with with oneself’s live journeys in an introspective,  emotional and reflective manner.

All prints are sold unframed.
1.2cm Embossed ‘Just Another Print’ in the bottom corner (will slightly vary per print)