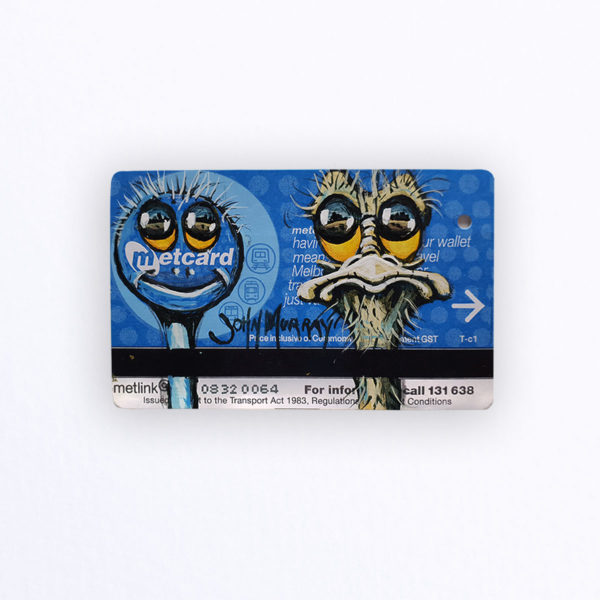 John Murray is a professional artist based in Lightning Ridge NSW Australia, known for his quirky bird and
animal characters, photo realistic landscapes, outback themes and distinctive whit and whimsy.

He studied art at the National Art School from 1971-75. Painting from a studio in Newtown, he was represented by Macquarie Galleries, Sydney between 1975-76. John travelled extensively between 1976 – 81. He returned to Australia in 1981. He settled in Lightning Ridge in 1983 and has been a full-time professional artist since then. He exhibited prolifically in the early years, working collaboratively with a sound/lightning impresario. In 1992 John opened his own gallery in Lightning Ridge.

John has been featured in documentaries and interviews by ABC TV and Radio, and BBC TV. Most recently ABC Back Roads featured his gallery rebuild after a fire in December 2018.

Since 1985 John has produced large scale public works in Lightning Ridge, surrounding areas and further afield. In 2017 he painted his first water tower; gaining a taste for heights and works of scale.

In 2019 he spent time in Fitzroy, Melbourne to immerse himself in street art and connect with the Melbourne street art community. During the two-month art residency he produced 12 large public works; some collaborations with local street artists.
The residency has been repeated in Jan/February 2020 with studio space at Blender Studios and has contributed to the walls of Melbourne once again. John has been invited to paint public art pieces on walls in London and Glasgow in July 2020.