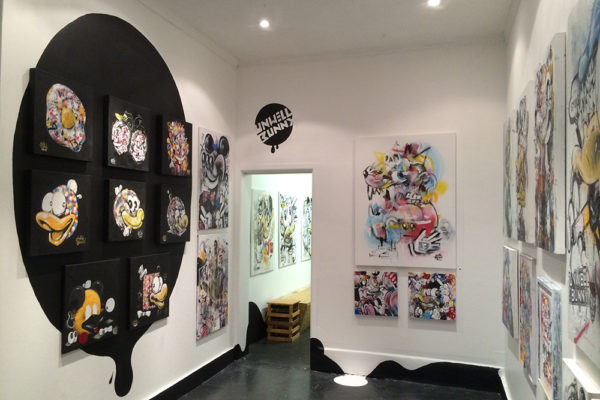 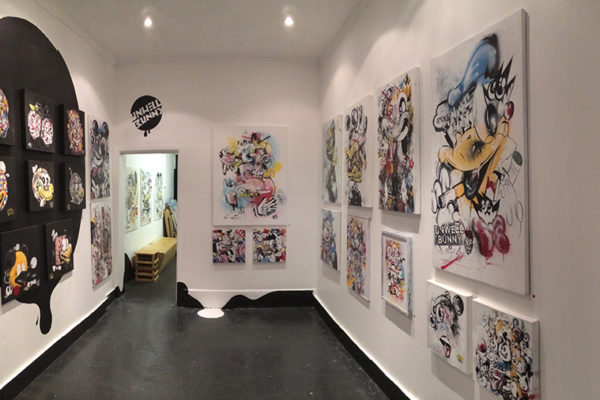 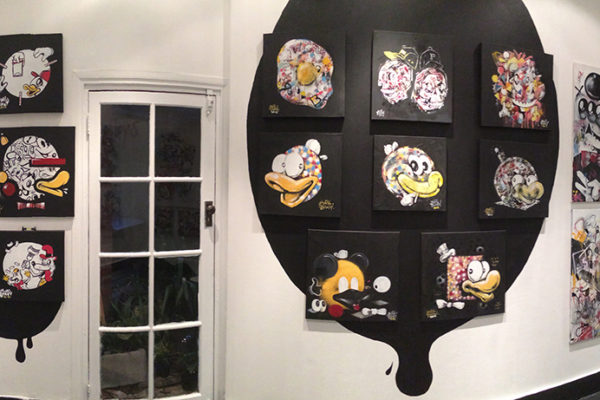 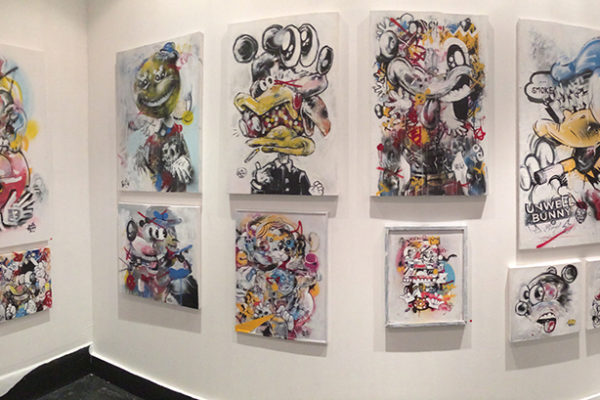 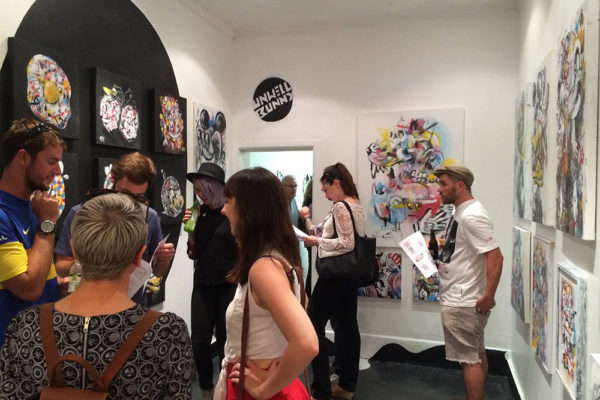 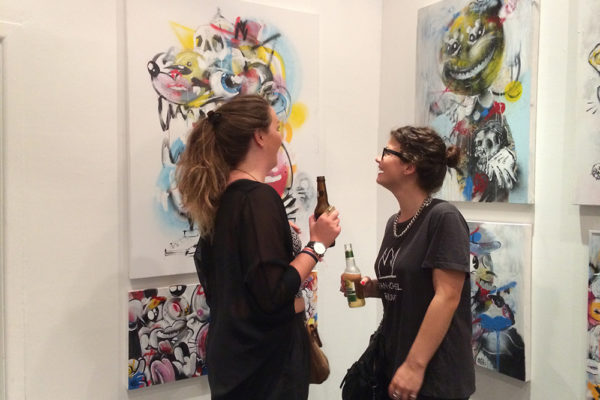 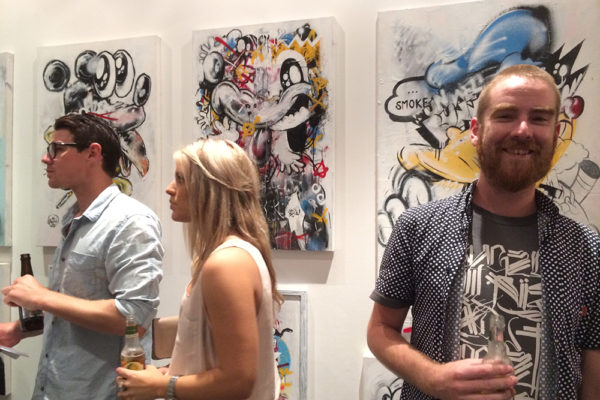 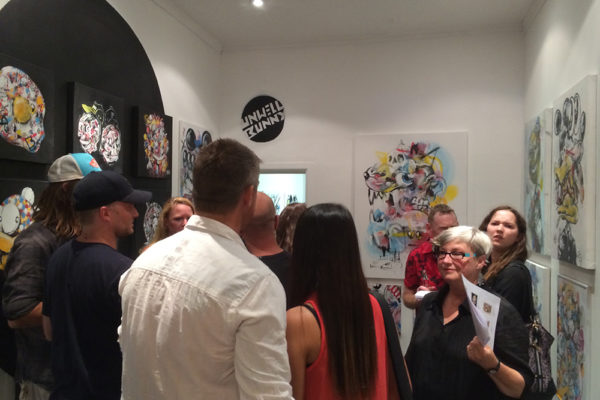 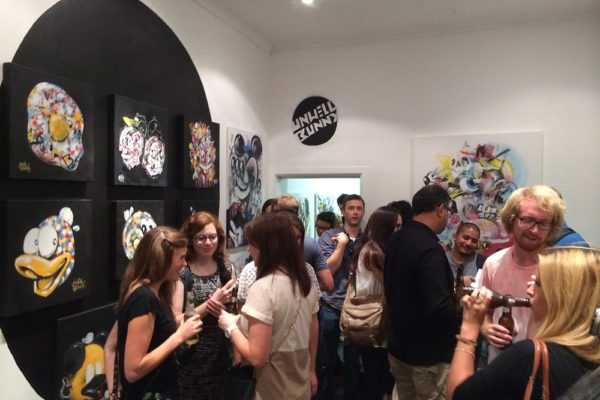 ‘It is a cement mixer, a smoothie maker, a Mix master DJ deluxe. Everything you love is new again, it’s been beaten, sliced, blown up, graffed, smashed, bashed. Its face is bloody, its teeth are broken, tags are sprayed across its glossy exterior, the shiny detail is a quaking mess. Its life as a TV, a comic, a popular image is gone. Its identity a shadow of a doubt, its anxiety is maxed out. What is it if it isn’t understood or recognised, what does it mean, where does it fit. It is the outcast, the renegade, the graffiti vandal, the punk. Its violent new form will find its own way, its own meaning. It will live again, it will once again be Mr freaking popular. Like the phoenix rises, it rises from the dead billboards, the shattered TV’s, the burnt out department stores. It is everything that already is, reincarnated as everything that will never be again.’

‘Brand Spanking’ is the latest body of work from Street artist Unwell Bunny, and documents a 12-month period of travel from London to Amsterdam. The ideas in the work are taken from the well-known images seen around us, pop culture from TV, billboards and comic books. These characters are used as puppets to demonstrate the triggering of the sub conscious, but also as tools of damage, to show us a glimpse of another life, one that is lead in double or behind closed doors. It is this anti popular, the new, the independent that becomes the image as the popular image is exposed for the shallow vehicle that it is.

Produced over a period of nine months, this work uses media such as spray paint and solid markers from the artist’s life in graffiti and street art, as well as traditional acrylic and house paint. It is a fusion of two world’s, the popular commercial world, and the graffiti inspired graphics of urban art.

Each piece tells a story of time, and experience, whether it be through characters and personalities that are part of the artists history, or travel, or graffiti or street art. Where the commercial image ends, the street image begins. It is a hybrid of both good and evil, negativity wrapped in positivity.